A Few of My Favorite Things...

It’s a rare occasion that Ben and I are not “Up North” on a holiday weekend, but this year was a little different since I had tickets to see one of my top five singers (more on that later).
If anyone knows me (or has read my recent blog/facebook posts), you know that I LOVE the Minnesota State Fair.  And by “love” I mean I would love to go multiple times each year.  Once to see stuff and eat and another time to sit on a bench and just watch people (and eat too).  It has been quite a few years since I’ve been to the fair more than once and this year was no exception, but I had one of the best times at the fair this year with just Ben and me.  Don’t get me wrong, I’ve had fun with groups of people in the past, but it was so easy this year with just the two of us not worrying about what everyone else wanted/didn’t want to see.  We just did our own thing without an agenda.
We were a little concerned with how busy the fair would be going on a Friday this year, but it actually wasn’t too bad until about the last hour we were there…we left at 4.  We ate a lot of food and did A LOT of walking…22,000 steps to be exact.  Although our first food stop wasn’t on my list of things to eat this year, we thoroughly enjoyed the deep-fried Minneapple Pie (also sold at Target Field).  Wow…it was SO GOOD (< ---- that’s for you bff).  It was a fairly large portion and came with a scoop of ice cream for only $5.  Our next food was sharing a footlong corndog and French Fries.  It was a tragedy when Ben was taking a bite of the corndog and the batter on the last ¼ fell onto the ground.  I almost cried.  Not really, but man was I bummed….sad I know, but it’s like my favorite food at the fair.  I’m not sure of the order of the rest of the food, but we also enjoyed a gyro, mini donuts, sweet corn ice cream with honey butter bacon topping, deep-fried pickles with cream cheese, and a Dole whip.  Our only disappointment with our visit (besides the corndog tragedy) was that the largest pig had already gone home.  I was so exhausted by the end of the night and was eager to get to bed for another exciting day on Saturday.
It was another early start on Saturday for friend Amy and me that began with a  trip to Fleet Farm at 9 am to pick up some cowboy boots so we could be a little honky tonk (did I spell that right?) at the Carrie Underwood concert at Mystic Lake Casino.
Side bar: I’m realizing now that this post is getting long and I still have a lot to say.  Bare with me.
After we bought our cowboy boots that were on clearance for only $11 we made our way to Albertville to do a little shopping.  The shopping was pretty uneventful, but we both came out with a cool watch from Fossil’s clearance table.  I thought Ben would have some words with me since along with my tennis shoe collection I seem to have a collection of watches going, but all he said was “what, did you win the lottery?”  Little did he know that I only paid $20 and I LOVE it! 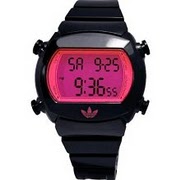 We didn’t spend too much time shopping because we know what was next on the agenda….hitting the slots!  By the time we arrived at the casino, we still had six and a half hours before show time.  It sounds like a ridiculous amount of time to gamble but it’s awesome if your money is lasting.  Shockingly, we both did pretty well and by the time Carrie started we both had more money than we came with (a rare occasion at the casino).
I’m not sure how to rate the concert.  Carrie herself was awesome and she had great interaction with the crowd, but I must say that the outdoor amphitheater was a HUGE disappointment.  After paying $100 for “good seats” I was expecting a lot.  Not so much.  We literally could not see the stage from where we were sitting unless we craned our necks to see in between people’s heads and even then could only see a speck of the stage.  The seats didn’t have enough of an incline and the stage was set too low.  The 50 degree temps didn’t help either!  Her set list was pretty much the same show we saw at the State Fair last year, but I didn’t care because she is incredible. 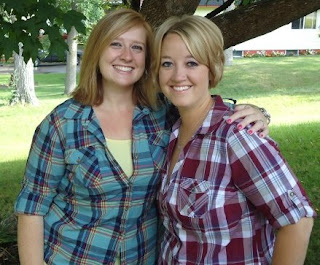 As if the six and a half hours of gambling before the show wasn’t enough, Amy and I headed back inside (with 8,000 other people) after the show for another hour and a half of gambling.  We both walked out even which is a huge win.  The drive home (at 1 AM!) was brutal since I’m known for getting heavy lids, but Amy did a good job of keeping me alert.


With such busy days Friday and Saturday, Sunday and Monday included a whole lot of nothing besides watching crime shows on the ID channel (best channel ever).  I can’t believe how sick and twisted some people are…creepers.
And that concludes my weekend.  If you made it to the end…thanks for reading!
Posted by Ruley at Tuesday, September 06, 2011 3 comments: